Friends of Chigiana was founded by five people who are passionate about the Accademia Musicale Chigiana, its mission, and its role in the mentorship of exceptionally talented young musicians.

The fundraising and development efforts of Friends of Chigiana seek to create opportunities for cultural exchange between the United States and Italy in the form of high academic, artistic and professional opportunities that will propel the next generation of young talents towards future success. 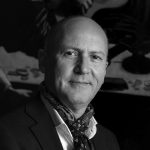 Antonio Artese is a pianist, composer, and academic administrator.  He has worked in education abroad for over 15 years. Currently, he is the Dean of the Chigiana Global Academy Programs, an initiative within the Accademia Musicale Chigiana, which he helped launch in 2018.

Dr. Artese holds a DMA in piano performance from the University of California Santa Barbara. He directed the UC study center in Siena from 2003-2010. In 2014, he founded Florentia Consort, an international ensemble of emerging young musicians based in Florence, Italy, serving as its Artistic Director until 2017. In 2016, Artese founded his own consulting company, Spectra Enterprises with his wife Samantha Stout. Spectra ideates and produces multi-sensorial events including the concert for piano solo “Mysterium” developed by Artese. 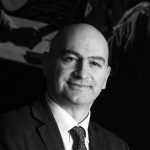 Angelo Armiento is the Administrative Director of the Accademia Musicale Chigiana and has held the position since 2013. He joined the Monte dei Paschi di Siena Foundation in 2008, where he was head of the Investment Department and of the Territorial Projects Department from 2012 to 2018. Previously, he was a head manager at Deloitte Consulting in the division of Capital Markets. 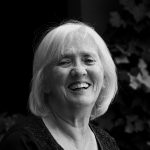 Judith Glyde is Professor Emerita of cello and chamber music at the University of Colorado Boulder (1992-2014).  A founding member of the Manhattan String Quartet in 1970, she appeared throughout the United States, Europe, Canada, Mexico, the former Soviet Union and South America.  The Quartet’s discography includes 25 recordings for Naxos, Sony, Koch, Newport Classics, and Centaur Records, including six ESS.A.Y.discs featuring the 15 string quartets of Dmitri Shostakovich, the first recording of the cycle by an American quartet.

Stuart Isacoff is a writer, pianist, composer and lecturer. His presence in the cultural landscape has included presentations at New York’s Metropolitan Museum of Art and Lincoln Center, as well as at festivals around the world; and regular contributions on music and art to The Wall Street Journal and other major periodicals, such as Musical America.

Mr. Isacoff is the author of When the World Stopped to Listen: Van Cliburn’s Cold War Triumph and its Aftermath (Knopf), as well as of A Natural History of the Piano: The Instrument, the Music, the Musicians—From Mozart to Modern Jazz and Everything in Between (Knopf), and the highly acclaimed Temperament: How Music Became a Battleground for the Great Minds of Western Civilization (Knopf/Vintage). He is a winner of the prestigious ASCAP Deems Taylor Award for excellence in writing about music, and the Cremona (Italy) Music Fair Award for Communication. 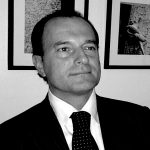 Lorenzo Agnoloni is an international lawyer based in Greenwich, CT.  Traveling extensively throughout the world following the diplomatic career of his father, Mr. Agnoloni lived abroad in three different continents, and speaks four languages proficiently: Italian, French, English, Spanish. Today he is married with his american wife Jennifer Speciale and three children.

Following his graduation from the University of Florence, School of Law; and a Master of Taxation, International Business and Commercial Law from University La Sapienza in Rome, Mr. Agnoloni started his own practice in 1995. In 1999, he became a certified bar attorney allowed to practice both in Italy (Rome Bar Association) and in the European Union and now in New York (NYSBA) and Connecticut (CBA).